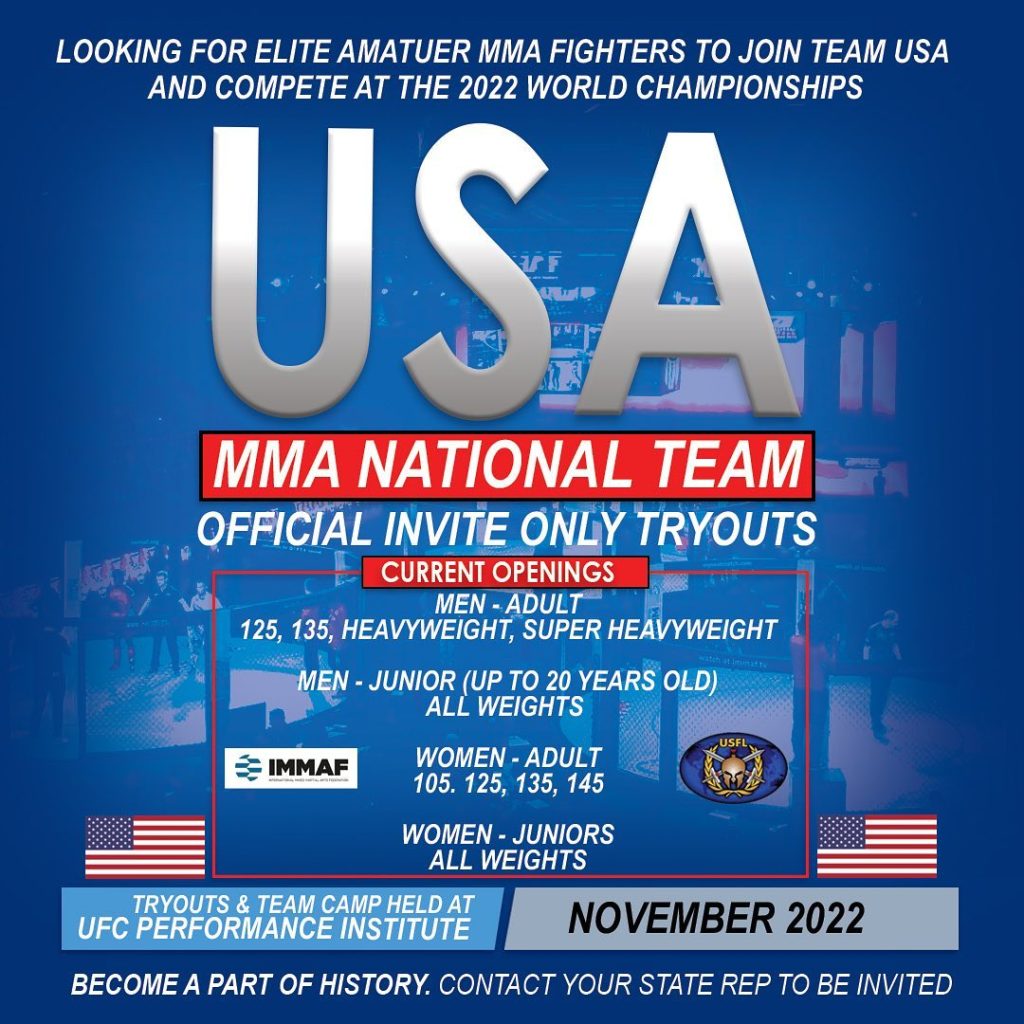 Applicants must be U.S. Citizens able to obtain a U.S. Passport, have zero professional fights, be WADA testable for PEDS; and adhere to the code of conduct.

There are additional International federation eligibility conditions that may need to be satisfied.

The IMMAF World Championships is the toughest amateur MMA tournament in the World. Expect to fight and make weight for 5 consecutive days in a 32 deep bracket to become a world champion. IMMAF is the UFC sponsored International Federation of 150 nations spearheading MMA in the Olympics.  Selection to U.S. Team will be based not only on fight ability but the ability to prevail through adversity.

The Top 6 National Teams from the World Championships are eligible to participate in the MMA Super Cup Team Event promoted by Brave.

Participants may have to pay for lodging for selection camp and be ready to self fund travel and fees to the world championships. (Tentative for January, Location TBA) USFL is a IRS 501 c3 Non profit and will help raise funds and issue tax deductible letters when needed.

APPLICANTS MUST GO THROUGH A COORDINATOR OR COACH IN THEIR REGION>

REGIONAL COORDINATORS & COACHES: May elect one candidate for each open world team position.